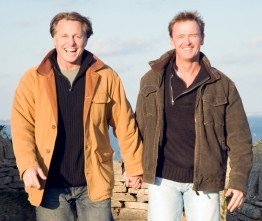 Been in a relationship for a while?  It is surprisingly easy to get complacent and lazy.  While troubled relationships often demand our attention one way or another, low-conflict relationships can cause partners to take one another for granted.  Annoyances become complaints and routines become ruts, all because we forget one of the central truths about relationships:  they take work.  Here are some suggestions for getting your relationship off to a good start in the new year: