Inside the mind of a closeted gay man 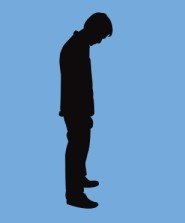 It is getting easier all the time to live an openly gay life.  So why are a significant number of gay men still in the closet in 2012?

Life is getting better for many of us.  Compared with even 10 years ago, our relationships are more likely to be recognized (Maryland, Washington and New York have legislated marriage equality in the past 12 months), we’re more visible than ever on television and elsewhere, and the national conversation on bullying is bringing greater awareness and support for the struggles of young gay men and women.

Those successes speak to progress in society as a whole.  For too many gay men and women, their individual circumstances are significantly less optimistic.

Some men avoid coming out because they have internalized the message that gay is not OK.  They have a limited view of masculinity, one that doesn’t allow for intimacy and tenderness between two men.  This is true even if they are having sex with men while staying in the closet.  By compartmentalizing sex and keeping it separate from a deeper sense of relationship, they can express same-sex attraction without lowering their emotional guard.  Sex is just…sex, perhaps understood as a bad habit that needs to be controlled (like smoking).

Relationships with men who are still in the closet tend to be limited, but very intense.  The sense of secretiveness, even danger, turns up the volume on just about everything.  Encounters may seem especially passionate.  But the limitations become especially frustrating.

Closeted men may have quite a bit of sex – especially when technology and social networking allows for anonymous, casual encounters.  But closeted men lead lives that are highly compartmentalized:  sex is one thing, relationships are another.

It is simplistic to think of being out/being in the closet as a simple, either-or choice.  In reality, coming out is a process.  The first stage involves moving from a vague sense of being different to acknowledging to one’s self that the sense of “differentness” has a name:  gay.  Think of this phase as coming out to yourself.  Denial is not always easily overcome, especially if gay is something seen as alien.  While most males reach this stage between the ages of 13 and 18, others come to this understanding younger in life or quite a bit older.

The next stage involves disclosing same-sex attraction to someone else.  That may be a trusted friend.  It may happen the way many adolescents explore their sexuality – by experimenting with sex.  If the experiences of disclosure and exploration are positive, the man who is coming to terms with himself experiences an increase in self-esteem.  Reassurance that he’s valued by friends and family is a powerful force for self-acceptance.

Of course, that doesn’t always happen, or it doesn’t happen quickly.  That makes the newly-out person particularly vulnerable to self-doubt, anxiety and depression.  He needs support in this phase.

Next comes exploring relationships for the first time.  Dating may seem new and strange, particularly if those initial dates come later in life than most heterosexual first dates.  Starting serious dating in your 20s or 30s, for instance, can feel like entering foreign territory where everyone else seems to speak the language that you are just learning to speak.  But eventually, the language gets learned and relationships start to become more fulfilling.

Finally, a stable gay identity gets established and integrated into the man’s self-understanding.  This may involve rethinking old friendships and relationships (if they aren’t supportive), work choices, places where the newly-out guy chooses to live.  It can be challenging, but it is also rewarding.

Leading a double life is hard.  It is depressing.  The sense of not fitting in to either the straight world or the gay world can be painful.  At its worst it can lead to self-hatred.

While things may be better than ever for many gay men and women, for some coming out is the most challenging thing they will ever do.  It can be an act of heroism, really.  It means facing our demons.  Thankfully, our fears are often not as realistic as these demons would have us believe, and facing them opens up the possibility of fulfillment and authenticity in life.