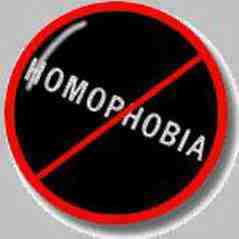 A study in the Journal of Personality and Social Psychology says that a combination of repressed same-sex attraction and authoritarian parents cause homophobia.  Strict parenting – common in fundamentalist households – thwart young people from developing a healthy sense of autonomy.  When a child in such a family starts to feel attraction towards someone of the same sex, that desire must then be concealed and defended against.  And it gets worse from there.

If you’re gay or lesbian, none of this is likely to strike you as news.  It has often been gay “folk wisdom” that the biggest opponents of equality for LGBT people often carry a secret shame.

Self-loathing is a central part of the problem.  The mix of defensiveness about attraction to others of the same sex and rejection of this part of the self is what causes some men and women to remain trapped in the closet.  When that loathing is then projected onto other LGBT people, you get the long list of anti-gay preachers and politicians who end up having their careers cut short by gay sex scandals.

What struck me as most interesting about the study was the link with authoritarian parenting.  “Authoritarian” in this sense doesn’t need to mean physically abusive (though that could be part of it).  This sort of authoritarianism refers to  parents who are strict and demanding and not respectful of their children’s choices – in fact, who may not permit choices at all.  Children of such parents often confuse love with obedience to authority.  For gay offspring of such parents, coming out may feel like a rejection of their parents.  They may experience a terrifying fear losing their parents’ love.

Two responses to this sort of rigid parenting are common.  The first response is fear.  As a consequence of this fear, individuals with same-sex attraction may develop massive anxiety around gay feelings and attraction.  This fear may be big enough that it causes them to repress their same-sex attraction.  The attraction doesn’t go away, of course.  Instead, it expresses itself in unhealthy ways.  These repressed feelings may be behind some of the pedophilia scandal in the Catholic Church.  Having a sexual relationship with an adult man would require acknowledgement and social interaction.  A clandestine molestation of a child, on the other hand, keeps everything secret.

An alternate response is that individuals may become aggressive as a way of defending themselves against that part of the self that feels bad, broken or unacceptable.  That aggression may be overt, as with the guy who goes out to physically assault LGBT people.  Or the aggression may take a more political form.  I suspect these people fill the ranks of the American Family Association, the National Organization for Marriage and a host of other groups fighting against equality for gay and lesbian people.