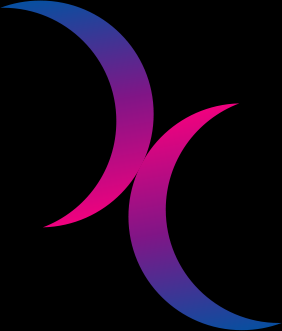 I can always count on my friend C. to help me see things more clearly and from a slightly different point of view.  Recently we’ve been talking about bisexuality.  She sent me a list of the top ten most offensive things to say to bisexuals.  Here goes:

Ouch!  What do the items on this list have in common?

Why do some people find the idea of bisexuality so challenging?

Human beings love simple explanations, but human sexuality is an area where simplifying quickly gets us into trouble.  Try to put people into little categories and it won’t take long for us to blur a distinction or two.  Sexuality is complex.  The old saying that labels are for jars not for people is never truer than when talking about sexuality.

While sex may seem simple and unchanging to some, our understanding of human sexuality has actually changed a lot over the years.  Before 1869, for instance, there was no concept of sexual orientation.  In that year, German sexologists coined the term “homosexual” to describe people who had an abiding attraction to members of the same sex.  The term “heterosexual” came along later. (There was no need for a term most people thought of as simply normal.)  Then in the mid-twentieth century, Alfred Kinsey’s research described an approach to sexual orientation that was actually a continuum from exclusively-heterosexual to exclusively-homosexual…with 4 steps in between.  Today we would describe that in-between part of the continuum as bisexual.

Being attracted to people of more than one gender doesn’t mean bi people have attitudes toward monogamy different from gay or straight people, and it doesn’t imply they have a different sexual ethic.  Bisexuality refers only to the capacity to experience attraction toward both men and women.  Being in sexual relationships with both men and women at the same time is polyamory, which is not the same as bisexuality.  The idea that bisexuality somehow spreads disease is bizarre and is probably related to the idea that gay sex spreads infection.  Sexual health should be an important concern for people regardless of their sexual orientation.  Bi has nothing to do with it.

My friend C. puts it this way:

I think people are distrustful of bisexuals because we’re seen as go-betweens in a world of boundaries otherwise considered safe–culturally, emotionally, and certainly physically.  So the “disease” fear comes not just (most recently) from the so-called “down-low,” where bisexual men are feared to bring diseases to the straight community, but also (for me in the 80s) the idea that bisexual women would automatically bring HIV/AIDS and other STIs into the lesbian community because of our relationships with men…. from my point of view, bisexuals also play the valuable role of reminding us that no one person or network or even species lives in a bubble–we are all related, whether we choose to acknowledge it or not.

Bisexual people and gay people often have similar experiences of prejudice.  They may feel excluded and misunderstood.  They may feel judged by others or devalued.  Both groups are excluded from the privileges that come from being identified as straight in our culture.

While gay and lesbian people have become much more visible in mainstream media in recent years, the same is not necessarily true for bisexuals.  There is a lingering sense that bi people are somehow confused, shady or unstable.  Does that sound familiar, gay people?  Those are pretty much the same accusations we faced a generation or two back.  Small wonder:  bi-phobia is a subset of homophobia.  The fight against these prejudices is the same fight.  And the best ways to fight bigotry and ignorance is education.

And wherever you are on the sexual orientation spectrum, lets avoid making generalizations about others.  Instead, why not express openness and interest?