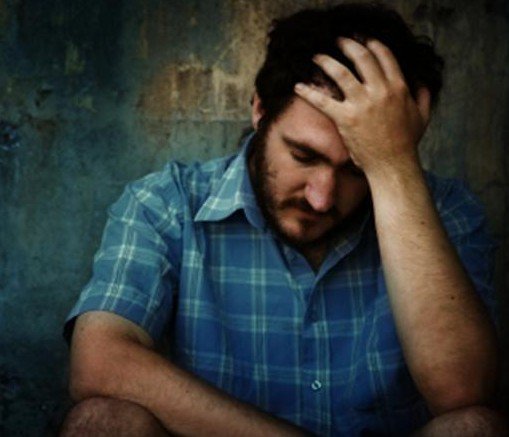 A recent study suggests that gender roles mean we are less likely to recognize depressed behavior in men.  Subjects were presented with stories describing individuals with symptoms of depression; they were much more likely to identify depression when the characters were female than when they were described as male.  The symptoms – not finding pleasure in life, feeling tired, not sleeping well, difficulty concentrating – seemed to be discounted when the characters in the story were presented as men.

Depression is statistically more common in women, but that may be because women are expected to show greater emotionality in our culture.  Depression in men looks a bit different from women’s depression.  Men’s depression may look less like sadness and more like a variety of problems that negatively impact the quality of life.

Anger and irritability.  Many men find that anger is quick to rise when they are feeling down.  Everything irritates them.  They are quicker to snap at loved ones.  Sometimes the anger covers hidden feelings of hurt or sadness.  Men tend to hate the sensation of helplessness, and that’s often what depression feels like.

Fatigue and difficulty concentrating.  Lack of energy is a tell-tale symptom for many men.  Interest in exercise may drop (particularly problematic because exercise can help ease depression).  Work may seem more difficult and pointless than ever.  There’s a general feeling of not being at the top of one’s game, not being very efficient.  Often that causes a lot of self-criticism may negatively impact self-regard.

Aches and pains.  When we’re depressed we are more prone to an muscle aches (back pain, for instance) or digestive problems.  Sometimes there is a general sense of just not feeling good.

Stress and anxiety.  Stress is both a symptom of depression and a cause of it.  Chronic stress depletes us and leaves us vulnerable to depression.  When we’re depressed, we use coping mechanisms less effectively.  Anxiety and stress become more troubling.  Instead of dealing with issues head-on, we seek ways around them that prolong our discomfort and often make things worse.

Changes in life rhythms.   Depression is a bit of a paradox.  For some people, appetites and patterns move one way, while for others they move in the opposite direction:

Whether in men or women, depression is something to take very seriously.  Left untreated, depression can sour into suicidal thoughts and feelings.  Suicidal thoughts are especially dangerous for men, who may be more likely to act those feelings out in ways that have greater risk of being truly lethal.

Men may be reluctant to seek help out of a misplaced feeling that they should be able to deal with this on their own, or that therapy is going to involve unfamiliar or unproductive endless talk about feelings and emotions.  Effective therapy may include that, but could also be focused on taking action to make life better.  Antidepressant medication may or may not be part of the solution.  Help is possible.

If you love a man who is experiencing clinical depression, urge him to get help.  And if it is you that’s depressed, don’t delay getting help that can get life back on track and help you move beyond feeling stuck and helpless.