“What are you so angry about?”

My friend denied he was angry, but he sure looked pissed off to me.  His voice was tight, his words were curt and his body posture was tense. He was talking about his boyfriend, and he admitted he was keyed up.  It took a while for him to figure out what was going on inside.

The truth is, my friend seems angry all the time.  The targets shift:  his boss, himself, the idiot drivers on the freeway.  But at any given moment, he’s likely to be irritated or frustrated.  He sometimes seems like he’s stuffed with tinder, ready to ignite at a moment’s notice.  He’s not alone.

Anger is an issue for many men.

Boys are raised differently from girls, particularly concerning emotions.  Males taught to get those feelings under control, suck it up and get back into the game.  “Never let them see you sweat,” says a deodorant ad.  If sweating isn’t cool, the feelings that cause the perspiration in the first place definitely are unwelcome.   Boys grow up learning to keep a lid on feelings, especially ones that imply vulnerability.

The boy or young man who admits feeling hurt or afraid is positioning himself to be ridiculed.  If acknowledging feeling wounded is dangerous, the response is often to shut the feeling off before one even becomes fully aware of it.

Anger, in contrast, is one of very few emotions that is acceptably masculine.  Anger often looks very masculine, and it gets a response.  As a result, it can become an overused emotion – maybe we’re not sure what’s going on inside of us, but angry looks like a safe choice.  We find ourselves reacting with anger to situations that represent loss, for instance.  And we end up pushing people away.

The guy who has learned to be aggressive may express his anger with a desire to punch someone in the nose, while another man may rely on cynicism or passive-aggressive behavior.

People who have gotten the message that it is not OK to be angry are likely to express anger indirectly.   Maybe they withdraw and sulk. Or they get passive-aggressive, avoiding confrontation while conveniently “forgetting” something or pouting instead of expressing ourselves directly.

Anger isn’t always negative.  Anger as a response to injustice is healthy and helps create change.  It’s a powerful, energetic experience to get infuriated with someone, and   relationships where anger is never expressed are likely to become boring and dry.  (If you live with someone long enough, you’ll surely find something to get irritated about sooner or later.)  Sharing your anger with a boyfriend – appropriately – can lead to better mutual understanding and even feeling safer and closer in the long run.  If I can get angry with you and you don’t run away from me, it helps me to believe that I’m really safe opening my heart to you.

Anger is healthiest when it’s fresh, genuine and limited.  Expressing your irritation over something that just happened is very different from bringing up what happened at a party four months ago.  Hanging onto old hurts and angers is a problem that is going to keep you from being happy. 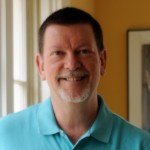 I have been  licensed by the State of Georgia as a professional counselor for more than 25 years.  My areas of specialty are relationships, intimacy, sexuality, anxiety and depression.  My passion is helping people build happier lives and stronger relationships.

I know it isn’t always easy to talk about problems.  My approach to counseling is nonjudgmental and compassionate.  If you have questions, I welcome the opportunity to talk with you about working together.

Whether you've worked with a therapist before or are exploring counseling for the first time, you probably have questions.  It is important to have the information you need to make a good decision when selecting a therapist.  I welcome your questions -- about your specific situation, about me or about my approach to therapy. Making things better can start with an email, or you can call me at (404) 874-8536.